Get fresh music recommendations delivered to your inbox every Friday.

by Mourn the Light 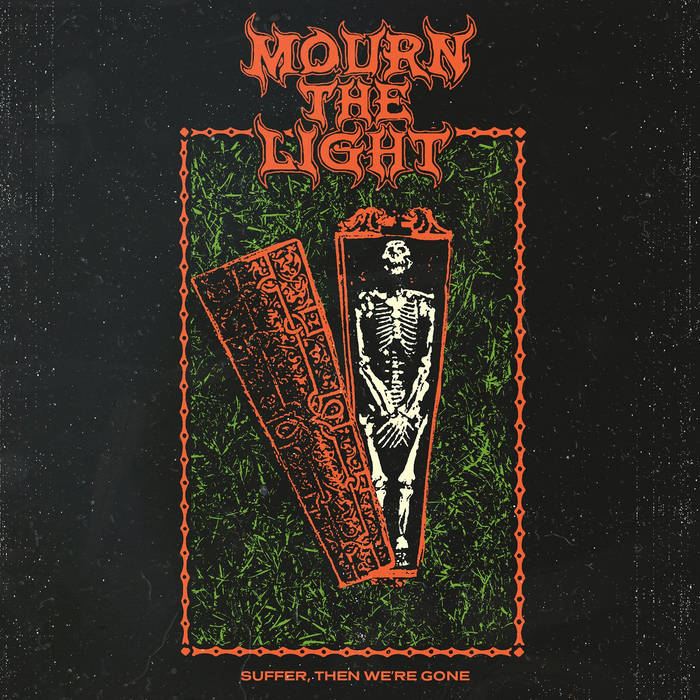 You can order our CD, Vinyl, and Digital here from us on our Bandcamp.
If you live in Europe, to save go to:
CD and Limited Edition Color Vinyl Pre-order available now at:
www.argonautarecords.com

MOURN THE LIGHT was formed in early 2018 by Dwayne Eldredge, co-founder of The New England Stoner and Doom Festival. Driven by his passion for thunderous, traditional doom metal mixed with lofty progressive metal leanings, Dwayne was hell-bent on creating a band that could sonically push a message of hope in spite of despair.
The original lineup hit the studio quickly, releasing their debut EP Weight of the World in June of that same year. The release was met with a fervor of underground metal accolades, propelling the band to tour the US and Canada, with featured festival appearances at Stoner Jam 19 (during SXSW) and the second New England Stoner and Doom Festival.
At this point, the band had to make some lineup changes. Nothing dramatic, just life.
This drove the early mainstays, vocalist Andrew Stachelek and Dwayne, to deeply focus on putting together the absolute best band possible. And make no mistake, they achieved their goal. The current, uber-capable lineup features Kyle Knight on drums, Bill Herrick on bass, and Kieran Beaty on guitar, now allowing the full vision of MOURN THE LIGHT to be realized.
And once again, the band was moving forward.
Early 2020 started off as an amazing time of writing and musical exploration, with the revamped quintet pushing themselves to write the best songs possible -- songs that reflected their love of the heavy of old AND the heavy of new. They were eager to return to the studio to record their first full length. Nine epic songs were written, and the band sequestered at Studio Wormwood with production wizard Dave Kaminsky at the helm.
This upcoming album has a plethora of influences showcased, yet made all their own. At one moment, MOURN THE LIGHT delivers crushingly massive riffs, only to jump at the next turn, galloping along with shades of classic power metal taking hold and leading the way -- all the while focused on incredibly memorable songs, with catchy hooks and sing-along choruses.
And. As always. Moving forward...
MOURN THE LIGHT is incredibly proud to have signed a worldwide record deal with ARGONAUTA RECORDS. Their album Suffer, Then We're Gone will see its release in 2021 and MOURN THE LIGHT has no plan to slow down anytime soon....
Buckle up and take a ride with them!

At one moment delivering crushingly massive riffs, only to jump at the next turn, galloping along with shades of classic power metal taking hold and leading the way. All the while focused on incredibly memorable songs, with catchy hooks and singalong choruses.
MOURN THE LIGHT is incredibly proud to have signed a worldwide record deal with ARGONAUTA RECORDS. ... more

Bandcamp Daily  your guide to the world of Bandcamp